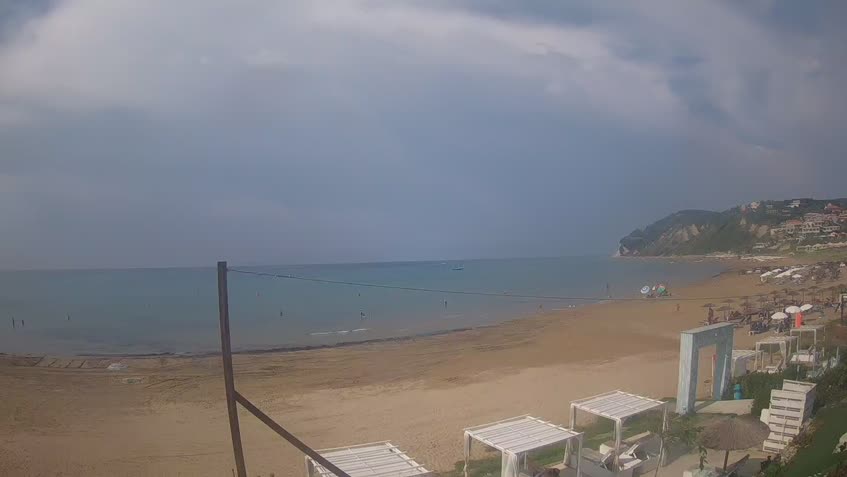 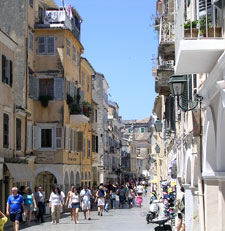 Corfiots, approached Venice for assistance.Venetian forces then took Corfu by storm and in 1402 it was officially claimed by Venice.

For the following four centuries the island was ruled by Venice.

The Venetians made the island their main arsenal and built many forts, to repel repeated attacks from the Turks.

Whilst this brought suffering to the Corfiot people the old fortress in Corfu Town never fell to Turkish attack.

The Venetians started off the olive culture in Corfu and encouraged the farmers to grow them to meet the demand for olive oil back in Venice. Today the olive tree occupies more than 50% of the cultivated land on Corfu and their are said to be between three and four million olive trees planted on the island.

Napoleon Bonaparte's General Gentili captured Corfu in late 1797 and the French forces were treated as liberators to the Venetian ruling class.

In 1799 a joint Russian-Turkish venture took the island back from the French. The republic proved to be short lived and in 1807 it returned to French rule until Napoleon abdicated in 1814. Britain and Austria claimed Corfu and in 1815 a treaty was signed declaring the Ionian islands a free independent state under the exclusive protection of Britain.

The Corfiot determination to become part of the Greek state meant that the Union Jack was replaced with the Greek flag in May 1864. Corfu was occupied during the second world war by the Italians and then the Germans until it was liberated in 1944 by the allied army.

Since then it has enjoyed a long period of stability and became increasingly fashionable to tourists who have brought prosperity to many islanders.

Corfu is governed from Athens as part of Greece although in 1994 Corfu democratically elected Andreas Pagratis as Prefect to represent the interests of the Corfiot people.

free Joomla templates
Back to top